Add Stories to Help Learn How to Add Fractions

Math can be boring. Perhaps try adding story telling to math to help liven it up a bit.

Here’s such a story:

Adventures of the STEM Club:  How to Add Unlike Fractions

My name is Andre, and I’m a part of the STEM club that my sister Anna started. Our goal is to help other kids by making things for them. We’ve received a letter detailing our next mission BUT Anna insists that we MUST learn how to add fractions BEFORE going on this next adventure. I do not know why, but my sister Anna usually steers us in the right direction.

I am having a hard time learning how to add fractions though. It just won’t stick, but I’ll keep trying.

As I am working on a problem at my desk, I hear Anna call my name.

“Andre, what did you get for problem number 3?” she asks.

“I don’t have a final answer yet Anna. I keep getting different answers. I don’t know what I’m doing wrong,” I tell her.

“Ok, no worries. Let’s take this step by step. So the problem is 3/4 + 1/5. First, let’s notice that these are what we call Unlike fractions because their denominators are different,” Anna says.

“Remember, if the fractions have the same denominator, the number on the bottom, then it’s easy to add the fractions. For example, suppose your Mom buys us a pizza for lunch and cuts it into 8 slices. If you eat 2 of the 8 slices on your first serving, and then you go back and eat 3 slices later, what portion of the pizza did you eat?” Marie, another club member asked me.

“Now let’s redo the story, but suppose Mom had bought us 2 pizzas, and out of the first pizza you ate 3 of the 4 slices. Suppose however she decided to cut a second pizza into 5 slices and you ate one of the slices. Now it’s not so easy to figure out what fraction of pizza you ate because the two pizzas were cut into different fractional parts. We have the unlike fractions 3/4 and 1/5,” Anna said. 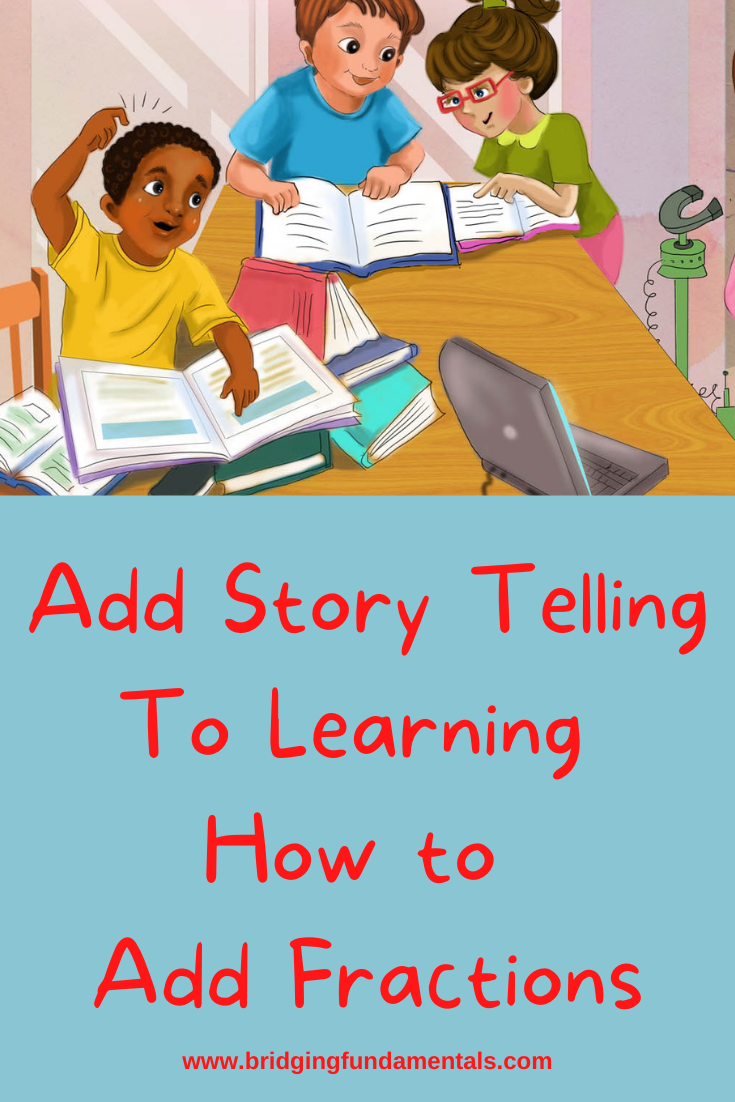 “Yes, we are, but now I’m going to show you how to solve it. The first thing you need to do is to list the positive multiples of both denominators,” Anna said.

“There’s that word again, MULTIPLES. I keep getting multiples and factors mixed up,” Tommy said, another club member.

“So we need the number that occurs first in both of these lists.  We call that the Least Common Multiple.  It’s the first multiple 4 and 5 have in common.  What is that Andre?” Anna asked.

“Yes, that right.  We want the fractions to be Like fractions so that they are easy to add,” Anna said.

“Seven, fourteen, twenty-one, thirty-five, and seventy.  What’s that have to do with anything?” I asked.

“Notice that the only time 7 didn’t change was when we multiplied by 1.   We know we need to change 3/4 and 1/5 to fractions that have a denominator of 20, but we want the NEW numbers we change them into to still be equal to the original numbers.  The way we achieve this is if we MULTIPLY the numbers by 1.” Anna explained.

“Tommy, what would be multiply the numerator and denominator of 1/5 by?” Marie asked.

“I did say that.  Well, here goes.  Here’s a letter from a set of kids I think we should help:

Dear STEM Club, we’ve heard how you have helped so many others.  In our area, it’s so hard to keep a teacher.  The last teacher we had had to walk 2 hours a day to get to our school.

She couldn’t keep doing that because of a family situation.  Our school doesn’t have much money to hire another teacher which is another reason why it’s so hard to find a teacher who’s willing to walk so far to get here and then work for so little money.  We desperately want to become great mathematicians as we heard that you need to be good in math in order to be engineers, and we want to be engineers.  We hope to one day be able to help to build up the infrastructure in our area.  Would you be willing to come here for a month and teach us every thing you know about fractions.  The school has found a teacher, but she’s not able to start for another month.  We want to keep learning in the mean time.  Thank you in advance,” Anna said as she finished the letter.

“Me a teacher?” Andre asked.

“Yes, you a teacher.  All of us.  You guys ready for this new STEM adventure.”

Do you want to know what the STEM kids made in their last adventure to help other kids.  Check out the book, Andre Kid Aviator, available on Amazon! 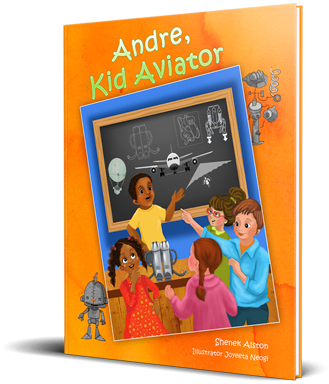 Check out this video to see how to add unlike fractions. 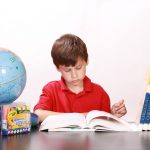 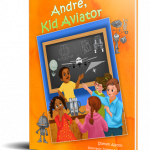